It's surprising how difficult it is to make a perfect fried egg, one with the white closely surrounding a perfect soft yolk:

So on 10 February 2008 I tried an alternative: steam them. I used small Chinese saucers, buttered so that the eggs wouldn't stick: 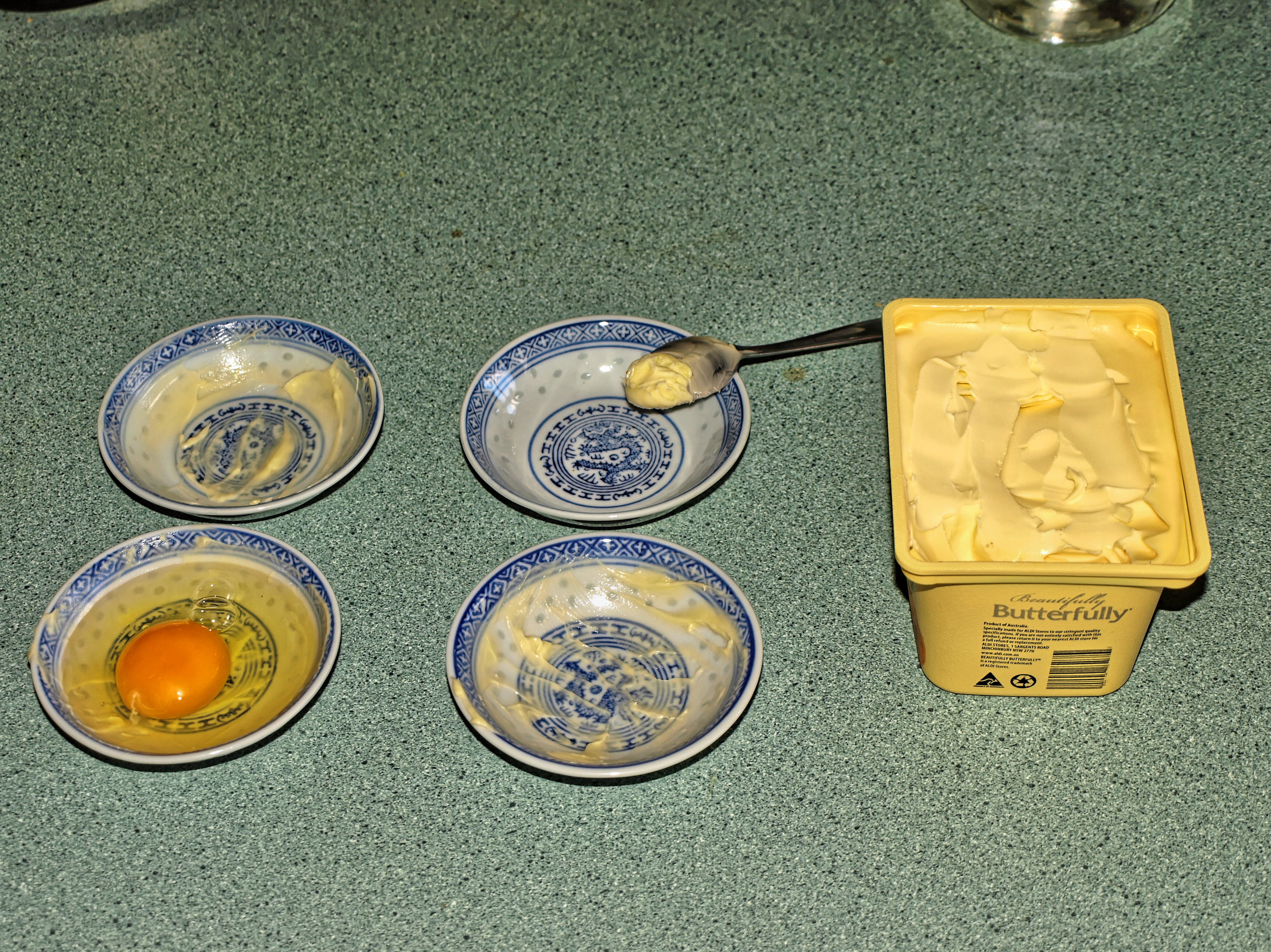 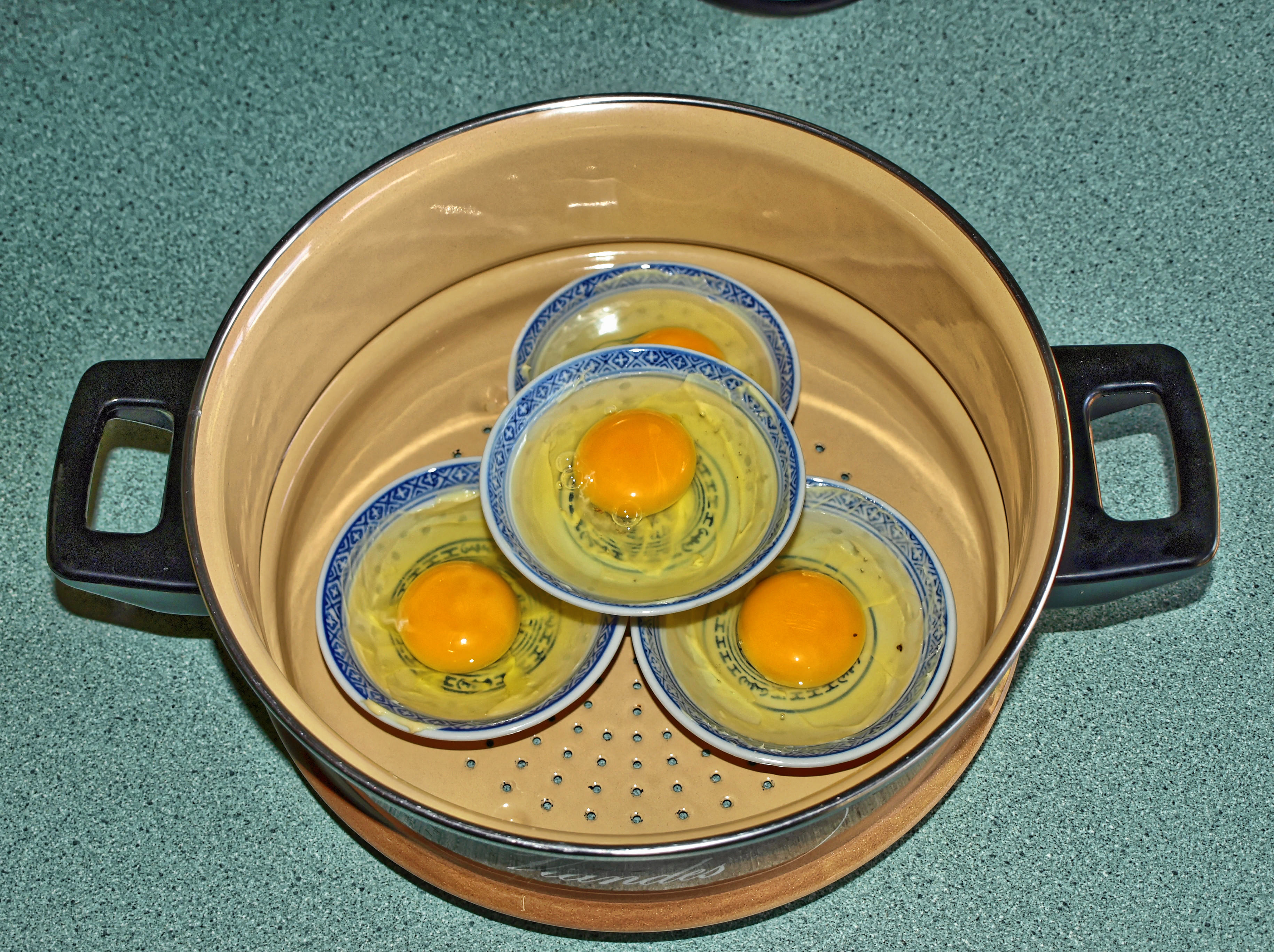 The steaming took a surprising amount of time to cook the whites, about 6 minutes. By that time, the yolks were done too: 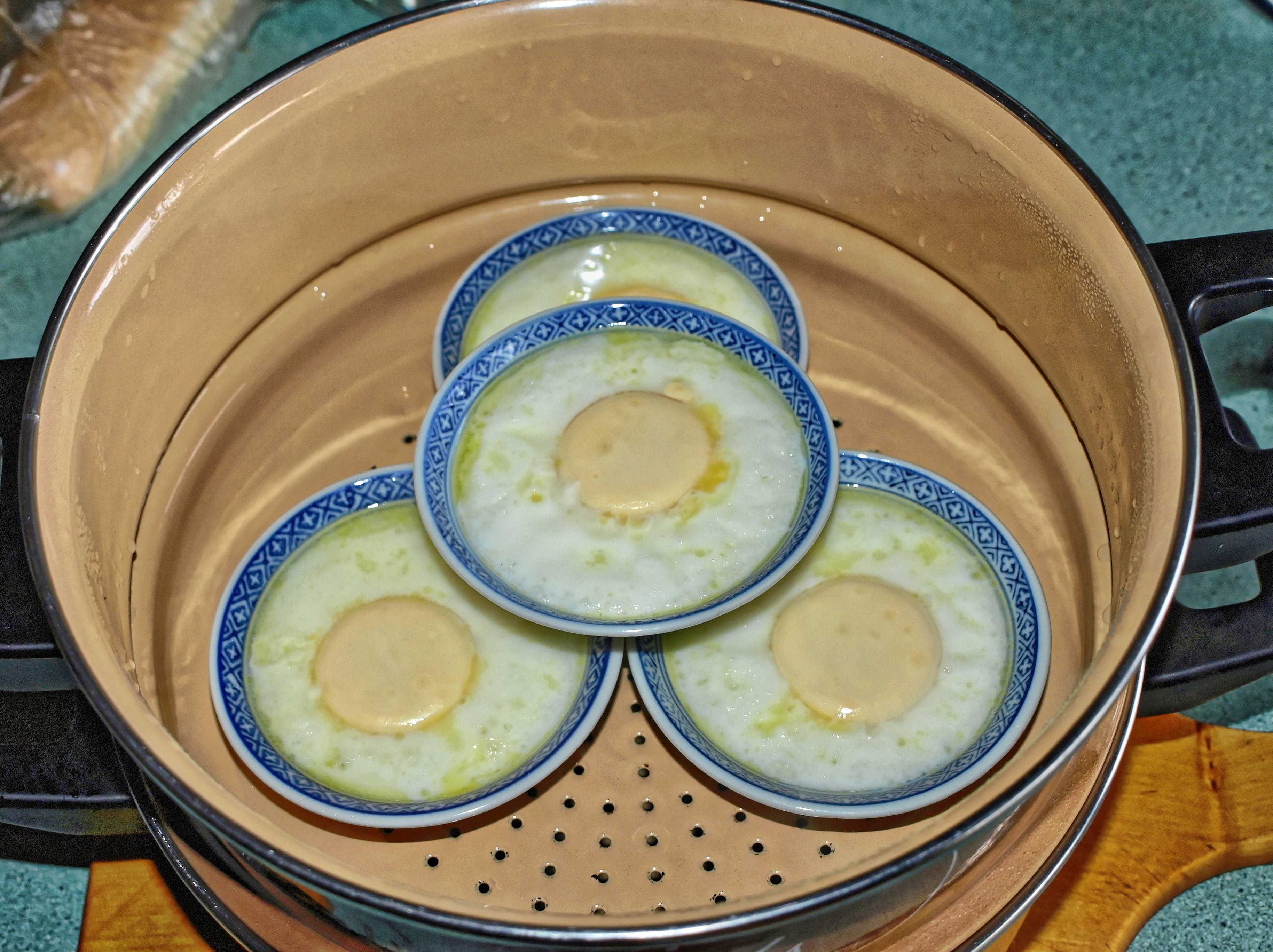 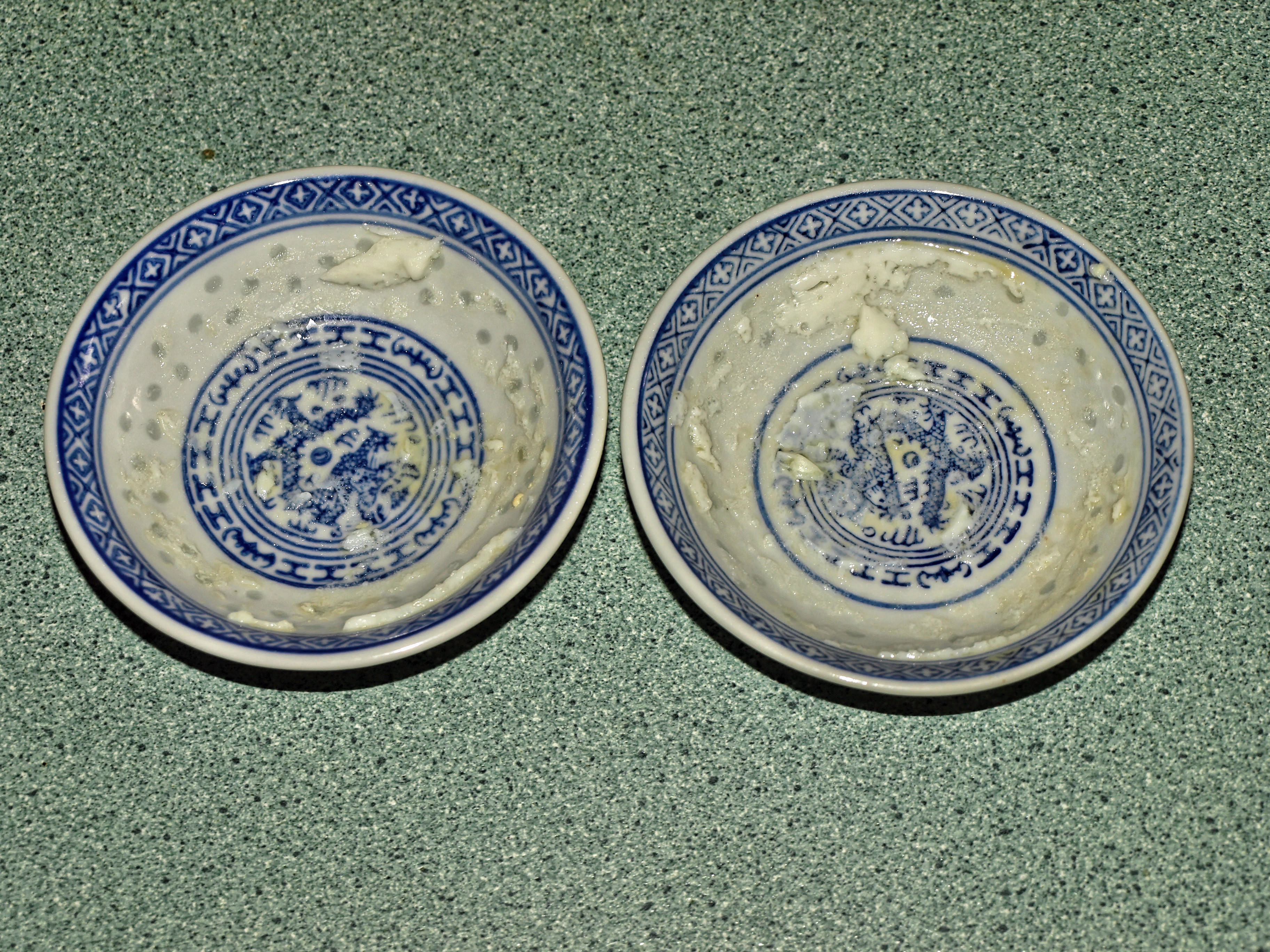 So that's another unsuccessful experiment. Is it worth continuing? The real question is why the yolks cooked so much faster than the whites in comparison with frying. It must be related to the thickness. More consideration is needed.

«La cuisine de Madame Saint-Ange» (originally published under this name by Larousse) is the classical French cookbook. I checked the recipe there. It's important to note that the French don't have a word for “fried eggs”; they refer to them as «œufs sur le plat» (“eggs on the plate”), and indeed Madame Saint-Ange doesn't want to fry them. Here her description. I'll use the term “egg on the plate” because “fried egg” doesn't match her recommendation. I've translated relatively literally in an attempt to convey some of the expressive style typical of the book.

The real way of cooking them is in the oven, and in as many small plates as there are guests. That's why, most of the time, eggs on the plate are such a failure in the household, because this double condition is almost never observed.

But first: what's a successful egg on the plate? It's an egg with a uniform consistency in all parts: the white just solidified enough to be able to pick it up with a fork, white and creamy; the yolk still liquid, a little thickened, covered with a light white veil which makes it reflect, from whence comes the old name “mirror eggs”.

Interestingly, the German word for fried eggs is „Spiegelei“, which means “mirror egg”

We specify cooking in the oven because if you make them on the stove, the heat only reaches the egg from underneath, in too partial and also too direct a manner. Only the bottom of the egg is warmed. The white hardens to a certain thickness and remains slimy on the surface, while the yolk is barely warm when the white is cooked. On the other hand, in the oven the egg is enveloped in all parts by the surrounding heat and is reached in all parts at the same time.